Some Movement on GMO Labeling, But Questions Remain

In 2014, Vermont passed a law requiring that food offered for sale by a retailer has to be labeled if it had been entirely or partly produced by genetic engineering. This law will go  into effect this week, on July 1 — unless a preemptive federal law is passed before then.

Well, it's too late for that to happen. The U.S. Senate failed to pass a bill that would have prevented the states from enacting individual labeling laws. 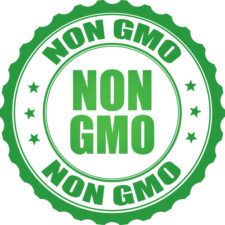 Realizing what a patchwork of state laws might mean for their business, a number of companies have already opted to label their foods in accordance with Vermont's law. Now playing catch up, the Senate Agriculture Committee has passed a bill requiring nationwide labeling of genetically modified organisms in packaged foods. This new bill has been described as a "compromise" because while it requires labeling, the standards are more lenient than those of the Vermont law.

Since the labeling requirements would be national, one might expect them to simplify the issue — but wait, this is the government after all. In fact, while the Vermont law require that GMO food be labelled in text as "produced with genetic engineering," the Senate bill will effectively muddy those waters because no text label is actually required.

Instead, manufacturers will have the option of using text labels,  symbols or electronic label accessed by smartphone. How would this system simplify anything? Who would decide on what symbols are used, and what if a consumer didn't have a smart phone?

While we have frequently opined that labeling genetically engineered foods would not benefit consumers in the least (see our articles here and here), if this bill does get through the Senate without serious amendments, it does even less than the Vermont law does to inform consumers. Although any type of label specifying genetically engineered ingredients provides no really useful information to consumers, this hodge-podge of possible labeling won't improve the situation at all.

Dr. Ruth Kava has been associated with the American Council on Science and Health for over a decade first as Director of Nutrition, and more recently as Senior Fellow in Nutrition. In connection with ACSH, she has supervised numerous publications on nutrition-related issues, participated in a variety of television and radio programs (e.g. on CNN and NPR) and published letters and opinion pieces in the San Diego Times-Union, the Wall Street Journal, the New York Times, and a variety of other media outlets. Dr. Kava received an MS and PhD from Columbia University in New York City. She is also a Registered Dietitian, having completed an internship at the New York Hospital (now the Weil-Cornell Hospital). Her research interests include obesity, type 2 diabetes and pregnancy, and she has published on these topics in several journals, including Diabetes, the Journal of Nutrition, and Obesity Facts.

Big Fears Little Risks Trailer
Why Do Books Smell? In the Know with 'Dr. Joe'
A Conversation Between ACSH and Great.com
END_OF_DOCUMENT_TOKEN_TO_BE_REPLACED

New Drug Names: A Study in Madness
Why Does Drinking Cause Cancer?
People Worry Hysterically About Low Risk Carcinogens. And Then They Drink
Marijuana and Kids Don't Mix. An Interview with Dr. Roneet Lev
The J-Man Chronicles: In Search of the Elusive Snake Clitoris
END_OF_DOCUMENT_TOKEN_TO_BE_REPLACED