Mystery Meat: What Other Animals Are in that Hot Dog?
Chemists Can Detect the True Animal Source of Leather
The Flavor Enhancing Molecule in Roasted Garlic Powder
Genetically Engineered Yeast Is Resistant to Caffeine
Cheese Chemistry: Is Your Parmesan Legit? 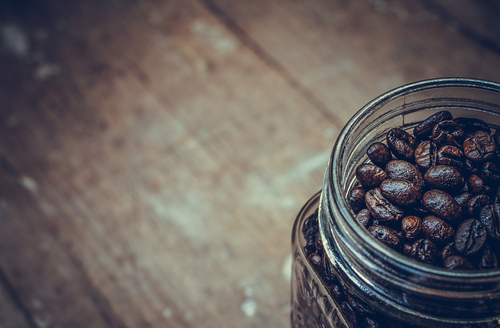 Roasting coffee is more art than science. Under-roast the bean, and the chemical reactions necessary to produce its characteristic flavor and color do not occur at an adequate level; over-roast the bean, and the resulting brew is bitter. But, coffee producers and their customers are interested in consistency. Here, the tools of analytical chemistry come in handy. A group of primarily German researchers is attempting to make coffee roasting more science than art. The team's aim is to create a technique that would allow real-time monitoring of the coffee roasting process. 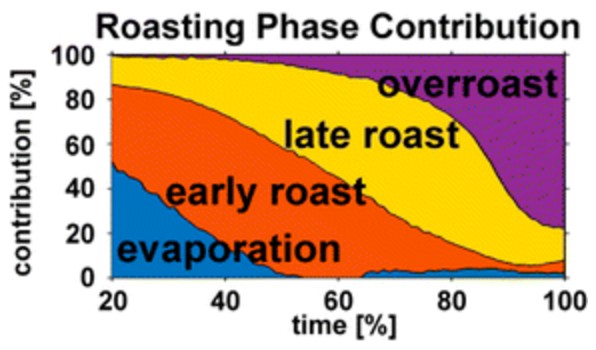 With the help of photoionization mass spectrometry, the authors measured the volatile compounds that were emitted over time during a roast. Using an algorithm, they were able to create chemical "fingerprints" that were characteristic of different roasting phases, and they discovered that four phases occurred: (1) "Evaporation," in which water is being removed from the beans; (2) "early roast"; (3) "late roast"; and (4) "over-roast."

Interestingly, the team also found that roasting phase fingerprints differed if the beans were slow-, medium- or fast-roasted. While the chemists' findings are certainly insightful, they may be of limited utility to the average coffee roaster. Mass spectrometers are not cheap, and it is highly unlikely that a small roaster would invest in one. On the other hand, large companies may benefit from their research. (Notably, one of the paper's authors works for J.M. Smucker, which owns the coffee behemoth Folgers.) For those roasters, no price is too high for the perfect cup.

A Farewell to ACSH
How to Fight a Disinformation Campaign
Building Trust: How the Church Can Encourage COVID Vaccines
Journalists Regurgitate 'The Monsanto Papers'
No, COVID mRNA Vaccine Won't Cause Alzheimer's or Prion Disease
END_OF_DOCUMENT_TOKEN_TO_BE_REPLACED

Big Fears Little Risks Trailer
Why Do Books Smell? In the Know with 'Dr. Joe'
A Conversation Between ACSH and Great.com
END_OF_DOCUMENT_TOKEN_TO_BE_REPLACED

New Drug Names: A Study in Madness
Why Does Drinking Cause Cancer?
People Worry Hysterically About Low Risk Carcinogens. And Then They Drink
Marijuana and Kids Don't Mix. An Interview with Dr. Roneet Lev
The J-Man Chronicles: In Search of the Elusive Snake Clitoris
END_OF_DOCUMENT_TOKEN_TO_BE_REPLACED