The Perils of 'Internut' Health Advice (Bananas Cause AIDS?)

Sorry, Your Diet Coke Is Not Calorie-Free
ACSH Debunks Internet Health Hoax
When Artificially Sweetened Drinks Go 'Bad' Are They Bad For You?
Aspartame is safe Really!
Advantame one more artificial sweetener not worth getting hysterical about 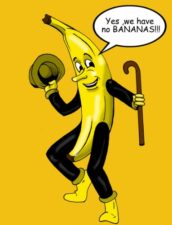 There sure are a lot of toxicology "experts" out there on the web, and they sure don't like anything that is sweet (except maybe when they sell it). I recently wrote about sucralose (Splenda), which is trashed by these "Internut" know-nothings despite the fact that its safety profile is about as good as you'll ever see.

But, they are even more verbal about aspartame. The more verbal they are, the more they get it wrong.

But it would be hard to get it any more wrong than supplement super-salesman Joe Mercola (henceforth named Joe Moroncola). He suggests (or wants you to think) that aspartame might give you AIDS. And it's not even April 1st.

Moroncola's "error" was neither isolated, nor a typo. This is rather obvious from the title of the page:

"Aspartame: By Far the Most Dangerous Substance Added to Most Foods Today"

That's quite a claim. Let's see if he's right. Similar things have happened before.

Before you can understand just how wrong Moroncola is, you need to know a little about aspartame. It consists of three components that are chemically bound together: aspartic acid and phenylalanine — both amino acids — and methanol. When it breaks down, (which it does very quickly) it releases these same components: 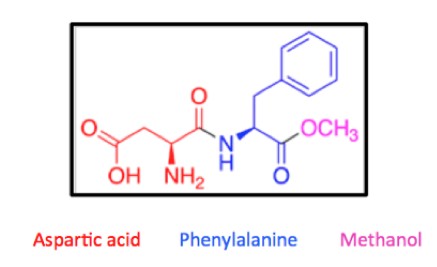 Moroncola doesn't think you should be eating any of these things, despite the fact that you are already doing so every day, in the form of food. Here are some of his lowlights:

Aspartic acid — "A few of the many chronic illnesses that have been shown to be contributed to by long-term exposure [to aspartic acid]" are given in a table. The diseases listed are MS, ALS, Parkinson's, hypoglycemia, AIDS (I s##t you not), hormonal problems, memory loss, epilepsy, brain lesions, Alzheimer's disease, and neuroendocrine disorders."

See that? He got something right! Hell did freeze over.

So, I think it is fair to say that Moroncola is not a big fan of aspartame. He claims that all three of its components will put you in a wood box, which would be especially bad news if you weren't already dead, because wood contains methanol.

Therefore, I would be especially interested in hearing his explanation for the following table (1), which was created by an expert panel with credentials from Harvard Medical School, Beth Israel Deaconess Medical Center in Boston, and the University of Maryland (2): 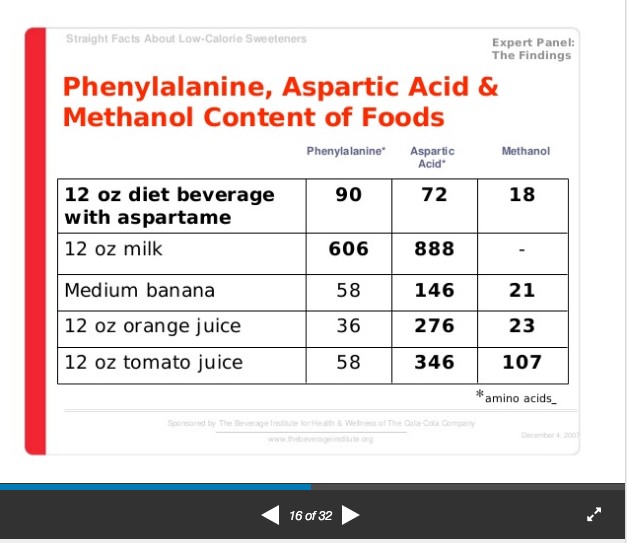 If you want to avoid the amount of methanol that is released when aspartame breaks down, you better limit your consumption tomato juice to two ounces, and never eat a banana or drink a glass of orange juice.

If Moroncola is right about aspartic acid, don't drink 0.97 ounces of milk, 3 ounces of orange juice, 2.5 ounces of tomato juice, or eat more than a half of a banana.

And if you buy the phenylalanine scare, forget milk. Drink 1.78 ounces and you're doomed (3).

If all of this seems silly, it's because the Moroncolas of the world use the same trick —ignoring dose. They dig up studies where an animal is fed a bazillion times more of (name that chemical) than you'll ever be exposed to. Next is looking for any kind of effect, which in many cases is expressed in data that are not statistically significant. Finally, they imply that the animal model and dose are predictive of disorder X in humans. That's the big scare.

You really need to buy their crap instead.

(1) The table is from a PowerPoint presentation (slide 16).

(2) The review was sponsored by Coke. Big deal. It is not all that difficult to measure the amount of amino acids or methanol in food and drinks. In case you think they just made it up, there are similar findings from studies that weren't funded by Coke.

New Drug Names: A Study in Madness
Why Does Drinking Cause Cancer?
People Worry Hysterically About Low Risk Carcinogens. And Then They Drink
Marijuana and Kids Don't Mix. An Interview with Dr. Roneet Lev
The J-Man Chronicles: In Search of the Elusive Snake Clitoris
END_OF_DOCUMENT_TOKEN_TO_BE_REPLACED

Big Fears Little Risks Trailer
Why Do Books Smell? In the Know with 'Dr. Joe'
A Conversation Between ACSH and Great.com
END_OF_DOCUMENT_TOKEN_TO_BE_REPLACED

New Drug Names: A Study in Madness
Why Does Drinking Cause Cancer?
People Worry Hysterically About Low Risk Carcinogens. And Then They Drink
Marijuana and Kids Don't Mix. An Interview with Dr. Roneet Lev
The J-Man Chronicles: In Search of the Elusive Snake Clitoris
END_OF_DOCUMENT_TOKEN_TO_BE_REPLACED