Times and Bittman on Sugar Tax: Anti-Scientific and Illogical

Loonie Labels in La-La Land
Seattle Times Thinks Soda Taxes Are Racist
Soda does not cause earlier menstruation in girls, period.
A Science Lesson for Those Who Demonize Soda
NY Soda Tax: All Politics, No Science 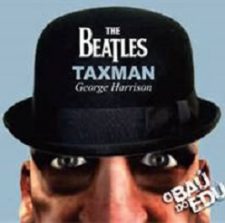 Some readers rank the sugar tax right up there with one of the greatest public health innovations since Pasteurization. Others bemoan how a tax on sugar is regressive, and unfair to the poor.

I'll leave that discussion to politicians and economists, but I can say with absolute certainty that the piece is unfair—to science.

Bittman, a former columnist for the Times,  presents a premise is wrong on two levels. He states or implies:

Let's take a look at the first flaw by conducting a little thought experiment: Suppose that GM technology (3) made it possible to grow a sugarless orange. The orange would be inedible, and the juice undrinkable. To make it as sweet as fresh-squeezed orange juice, you would have to add 33 grams of sugar — roughly the same amount that is found in a can of Coke—to twelve ounces of the non-sweet juice.

Under the proposed law, the hypothetical "non-sweet" orange juice to which sugar was added would be subjected to this extra tax, while fresh squeezed orange juice would not. Scientifically, this is an abomination. The two drinks are identical.

This scenario is not as farfetched as it sounds. If not for added sugar (or, just as bad, honey), there would be no such thing as lemonade. Should a drink that has been enjoyed by people around the world since the 17th century suddenly be taxed simply because it is sugar-sweetened (43 grams per 12 ounces)?

Does it make sense to tax soda and a few other selected drinks, but not food if the purpose is of the tax is simply to reduce sugar consumption? The table below demonstrates why it does not:

If you want to tax a can of Coke for having too much sugar, then it is only logical that you should tax fresh-squeezed orange juice and Dannon yogurt, since they contain roughly the same amount of sugar. Why tax the soda and not the other two? Wouldn't an extra tax on the others also serve to reduce sugar consumption?

Sugar is all over the place. A breakfast consisting of Raisin Bran and a cup of milk contains almost as much sugar as a Coke. Same with a package of Twinkies. With a Frosted Flakes breakfast, you get even more.

So, why not tax Twinkies? Or cereal (but, only if purchased with milk)? Plenty of sugar in that. And, if you really want to cut back on consumption, how could you not slap a surcharge on something that is essentially pure sugar— candy, despite the fact that a Hershey's Bar contains half the sugar of a glass of orange juice? How about a surcharge on your kid's ice cream cone? What to do about sorbet?

Have we reached Crazyland yet?

There are two problems with this argument. First, if Coke decided to add vitamin C to its recipe, would it suddenly contain enough nutrients to no longer be considered "empty calories?" And, does the presence of vitamin C in orange juice really add any value, or is orange juice given a free pass because of it?

American Council advisor, Dr. David Seres, the director of nutritional medicine at Columbia Presbyterian Medical Center, has the following to say: “For most people, there is absolutely no role for a vitamin C supplementation. There is ample proof, from well designed studies, that vitamin C does not prevent even the common cold, let alone anything else.”

It is now easy and "culturally fashionable" to single out and demonize soda or sweet drinks and the industries that make them. They are an easy target. Why not pick on Ben and Jerry?

The argument that this is being done solely to promote health does not hold water (or soda). If reducing sugar consumption is the real intent here, then it should be done logically. Not simplistically. Or Politically.

(1) The city wants to add an additional tax of three percent per ounce of what they define as "sweetened beverages" on top of the existing sales tax.

(2) The word "sugar" is routinely used as shorthand for one particular member of the sugar family— sucrose (cane sugar). Sucrose, fructose, and glucose are the three sugars that occur naturally in fruit and other foods. They are the same sugars that are added to sweeten food or drinks. This distinction is irrelevant here, because the proposed tax is on "total sugar," not any one in particular.

(3) Bittman is an influential food writer, but holds anti scientific beliefs on GM foods, as pointed out by Jon Entine of the Genetic Literacy Project. Non-scientists write about science is not out of character for the Times. As I have written, columnist Nick Kristof, who knows nothing about chemistry, regularly publishes pieces on how we are being poisoned by trace amounts of chemicals that we are exposed to in modern life.

New Drug Names: A Study in Madness
Why Does Drinking Cause Cancer?
People Worry Hysterically About Low Risk Carcinogens. And Then They Drink
Marijuana and Kids Don't Mix. An Interview with Dr. Roneet Lev
The J-Man Chronicles: In Search of the Elusive Snake Clitoris
END_OF_DOCUMENT_TOKEN_TO_BE_REPLACED

Big Fears Little Risks Trailer
Why Do Books Smell? In the Know with 'Dr. Joe'
A Conversation Between ACSH and Great.com
END_OF_DOCUMENT_TOKEN_TO_BE_REPLACED

New Drug Names: A Study in Madness
Why Does Drinking Cause Cancer?
People Worry Hysterically About Low Risk Carcinogens. And Then They Drink
Marijuana and Kids Don't Mix. An Interview with Dr. Roneet Lev
The J-Man Chronicles: In Search of the Elusive Snake Clitoris
END_OF_DOCUMENT_TOKEN_TO_BE_REPLACED