Tune This Out — A 'Vaginal Speaker' for Your Unborn
New Study on Cause of ALS -- Someone Hand Me an Ice Bucket
How Do You Regulate Something That You Don’t Understand?
Why Won't the Andrew Wakefield Nightmare End?
Move Over Zika, It's Yellow Fever's Turn 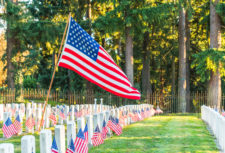 Memorial Day weekend is a time, first and foremost, to remember and honor our country's fallen military heroes.

It is, unofficially, a time to get outside, celebrate that summer is coming, and fire up the grill.

Before you start marinating the meat though, a new study warns of a hidden danger associated with grilling - the wire-bristle brushes used to clean them. When bristles get loose on these brushes, they can fall out, stick to the grill, be transferred to food and ingested.

The study, published in Otolaryngology - Head and Neck Surgery, was a cross-sectional analysis of national databases coupled with a literature review of injuries caused by wire-bristle grill brushes that resulted in emergency room visits from 2002 - 2014. 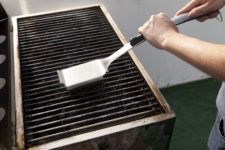 From these data, they estimated that roughly 1700 emergency room visits nationwide were caused by bristles. Not surprisingly, these injuries occurred most frequently in the summer months (July was the highest), equally in males and females, with a mean age of 30 years old. Typically, the bristles lodged in the mouth, tonsils and throat, causing injury to that area.

So even though you are twice as likely to get hit by lightning, it isn't a bad idea to be cautious if you notice the grill brush looks like it was made during the Carter administration.  If a rogue bristle happens, it is likely to jab into your mouth but the only thing you want in your esophagus, stomach or intestine is a hot dog.

With that, Happy Memorial Day (whether you are grilling or not).

Dr. Julianna LeMieux received her Ph.D. in Molecular Biology and Microbiology from Tufts University School of Medicine where she studied the pathogenic bacteria Streptococcus pneumoniae. She followed that with a post-doc at MIT, working on the nematode C. elegans. After teaching as an assistant professor for four years, she realized her passion for science communication and left her faculty position to join the team at the American Council on Science and Health in April 2016. She also served as a faculty member in the Citizen Science program at Bard College for two years, and stays on in a training role and as part of a working group.

She enjoys writing about a myriad of different topics, but is especially interested in infectious diseases, global health and vaccines. She lives in NYC with her husband and three children and loves exploring the city with them. She can be reached at julianna@acsh.org or @julemieux1

Big Fears Little Risks Trailer
Why Do Books Smell? In the Know with 'Dr. Joe'
A Conversation Between ACSH and Great.com
END_OF_DOCUMENT_TOKEN_TO_BE_REPLACED

New Drug Names: A Study in Madness
Why Does Drinking Cause Cancer?
People Worry Hysterically About Low Risk Carcinogens. And Then They Drink
Marijuana and Kids Don't Mix. An Interview with Dr. Roneet Lev
The J-Man Chronicles: In Search of the Elusive Snake Clitoris
END_OF_DOCUMENT_TOKEN_TO_BE_REPLACED