Paul Offit with a different take on the measles vaccine

ACSH Trustee Paul Offit has much to say on vaccinations. And people are starting to listen
A big shout out to Brandon Bisceglia on Science 2.0 writing about Dr. Paul Offit and the anti-vaccine movement
Paul Offit s Do You Believe in Magic? already making a splash.
California vaccine bill progresses through another committee
Eliminating vaccine exemptions: Pure common sense
By ACSH Staff — February 10, 2015 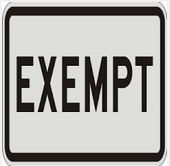 ACSH trustee Dr. Paul Offit takes on a very sensitive topic in his op-ed in today s New York Times: How is it possible to reconcile the clash of mandatory immunization and religion an impossible task if ever there was one.

Yet Offit, a world renowned expert on vaccines, who is the chief of the Division of Infectious Diseases and the Director of the Vaccine Education Center at the Children s Hospital of Philadelphia, really nails it in his essay What Would Jesus Do About Measles?

In particular, Offit focuses on a measles outbreak that occurred in Philadelphia during 1990-91. He should know. He was in the middle of it.

During that time more than 1,400 Philadelphians came down with the infection, despite the fact that a vaccine against it had been discovered almost three decades earlier. Nine children died unnecessarily. The epidemic, which began when an infected teenager returned from Spain, was completely preventable. It was later determined that one-third of both the cases and the deaths were people who belonged to one of two churches.

Not only were the church members unvaccinated, but church practices made the matter even worse. Sick children were not taken to a hospital where some of them presumably could have been saved. Instead the churches used prayer, which didn t work especially well.

Offit quotes one church member: If I go to God and ask him to heal my body, I can t go to a doctor for medicine. You either trust God or you trust man.

ACSH s Dr. Josh Bloom says, At that point, enough was enough. Religious practices were directly causing otherwise-preventable deaths. Something had to give. Fortunately, sanity prevailed.

Public health officials went to court and got permission to examine the children of parents who belonged to the churches, hospitalize those who were ill, and mandate the vaccination of children over the objection of their parents.

Offit recalls, At the [hospital], we saw more than 200 children in our emergency department and admitted about 40. Children would come in, covered in rashes, squinting in the bright light (a side effect caused by eye irritation), struggling to breathe and often extremely dehydrated. It was like being in a war zone. When I asked their parents why they had done what they had done, they all had the same answer: Jesus was my doctor.

Although it is difficult to provide a logical response to that, Offit has done so numerous times in the past. He simply asks. Where in the Old Testament, New Testament or Qu'ran does it say you shouldn't be vaccinated?

Offit concludes: Religious exemptions to vaccination are a contradiction in terms. In the good name of all religions, they should be eliminated.

We applaud him for taking on this extraordinarily difficult issue head on. His op-ed is a must read.

ACSH's Dr. Gil Ross added this: "The concept expressed that one has to rely solely on God or Science, and never both, is nonsense from any point of view. I've known deeply religious people who nonetheless rely quite comfortably on medical science to maintain their health, and find no conflict thereby."

Investigation: Scientology-Linked Lawyers Spread Lies About Vaccines and GMOs, Attack Scientists
ACSH, Paul Thacker, and His 'Thacker of Trolls'
Why a Vaccine Can Provide Better Immunity than an Actual Infection
Perchlorate in Drinking Water
Concussion Prevention: Sorting Through the Science to See What's Sound
END_OF_DOCUMENT_TOKEN_TO_BE_REPLACED

Big Fears Little Risks Trailer
Why Do Books Smell? In the Know with 'Dr. Joe'
A Conversation Between ACSH and Great.com
END_OF_DOCUMENT_TOKEN_TO_BE_REPLACED

New Drug Names: A Study in Madness
Why Does Drinking Cause Cancer?
People Worry Hysterically About Low Risk Carcinogens. And Then They Drink
Marijuana and Kids Don't Mix. An Interview with Dr. Roneet Lev
The J-Man Chronicles: In Search of the Elusive Snake Clitoris
END_OF_DOCUMENT_TOKEN_TO_BE_REPLACED