A lifesaving (but underused) drug for narcotic ODs
Deal between NY State and overdose-reversal drugmaker in the works
Naloxone Remains Controversial, But It Shouldn't Be
Walgreens 'Selling to Heroin Users'? Yes, to Save Their Lives
Tranq: A Monster Worse Than Fentanyl?
By ACSH Staff — May 28, 2014 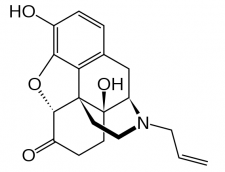 Since the 1960s there has been a highly effective and safe drug to reverse the effects of narcotics (mostly heroin) overdoses. Naloxone (Narcan) is found in every emergency room and if it is administered in time it is almost miraculous. A person who has had a overdose even those who are near death (narcotics will stop you from breathing if you take too much) will wake up instantly.

Last month, the FDA approved Evzio, a single dose injection of naloxone, which can be used by family members, friends, etc. to deliver the life-saving drug to anyone who may have suffered an overdose. There is no danger even if the drug is used when there is not an overdose it has no pharmacological effect other than what it is intended to do, which makes it perfectly safe.

Now, a new initiative has been implemented in New York City. Police officers will begin to carry the drug, in both syringes and inhalers. This will certainly save lives, since it will reduce the amount of time between the overdose and the antidote.

ACSH s Dr. Josh Bloom explains, Naloxone is essentially the perfect drug. It acts by displacing the narcotic from receptors in the brain that are responsible for central nervous system depression. Once the receptors are no longer occupied by the narcotic, these effects are immediately reversed. If it is mistakenly given to someone who is suffering from something other than an overdose, it does nothing.

Given the huge increase in narcotic use over the last decade, this invention is timely. Between 2010 and 2012, there was an 84 percent increase in heroin deaths in New York.

Dr. Bloom continues, A good deal of the increase of 'heroin overdoses' was actually due to the fentanyl a drug that acts like heroin, but is hundreds of times more potent. So, if it is not cut properly it is very easy to get a fatal dose. Narcan is also an antidote for fentanyl overdose.

The New York program has been funded by the New York Attorney General s Office, which gave over $1 million to NYPD. Money well spent.

Investigation: Scientology-Linked Lawyers Spread Lies About Vaccines and GMOs, Attack Scientists
ACSH, Paul Thacker, and His 'Thacker of Trolls'
Why a Vaccine Can Provide Better Immunity than an Actual Infection
Perchlorate in Drinking Water
Concussion Prevention: Sorting Through the Science to See What's Sound
END_OF_DOCUMENT_TOKEN_TO_BE_REPLACED

Big Fears Little Risks Trailer
Why Do Books Smell? In the Know with 'Dr. Joe'
A Conversation Between ACSH and Great.com
END_OF_DOCUMENT_TOKEN_TO_BE_REPLACED

New Drug Names: A Study in Madness
Why Does Drinking Cause Cancer?
People Worry Hysterically About Low Risk Carcinogens. And Then They Drink
Marijuana and Kids Don't Mix. An Interview with Dr. Roneet Lev
The J-Man Chronicles: In Search of the Elusive Snake Clitoris
END_OF_DOCUMENT_TOKEN_TO_BE_REPLACED