Unacceptable shortages of emergency drugs persist. ACSH advisor tries to explain.
Drug shortages worsen The blame game continues
Are we now a third-world country? Can we really be running out of cancer drugs?
Lack of common drugs continues: Three months and no progress
Who's Responsible for Drug Shortages?
By ACSH Staff — March 27, 2014 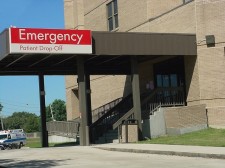 Prior to 2006, emergency medicine physicians have had access to essentially any drug available to treat the wide range of conditions that present to the emergency department. Unfortunately, in 2014 eight years the crisis of common drug shortages began we still have a significantly reduced supply of commonly used, and life saving medications.

The underlying issue which has reduced the availability of common emergency medications including a staple of emergency cardiac care such as nitroglycerin as outlined in today s NYT article is rooted in the financial incentives or bottom line of pharmaceutical companies.

Almost without exception, the have been in short supply in the past several years are inexpensive generic (usually IV) medications such as morphine sulfate, prochlorperazine, metoclopramide as well as ondansetron. Generic companies have cut back on, or simply eliminated the manufacture of these drugs because the profit margins are not only slim, but are regulated by Congress.

A report in a January, 2012 JAMA by Gehrett et. al. reinforces the theme that the shortages are closely tied to financial incentives of the pharmaceutical companies, with shortages typically related to injectable drugs that are more labor intensive and technically more challenging to manufacture. For example, the quality assurance controls for injectable drugs are more time consuming and thus more costly than those for oral medications.

Generic drugs, which are off patent and expensive to produce but inexpensive to purchase make up virtually all of the medications on the shortage list.

As with all other products, the free market drives what medications are most likely to be manufactured, but in this case patients often suffer or die as a direct result of these shortages.

For example, patients with migraine headaches may be treated with the common migraine medications prochlorperazine and metoclopramide, but these two drugs continue to be in short supply at times. In addition, badly needed sedatives, such as (lorazepam (Ativan) or diazepam (Valium) are used to stop seizures, but these have been in short supply for years.. The effect of this shortage can lead to alternative medication choices which can lead to substandard care placing patients at risk for adverse outcomes. The inescapable conclusion is that when financial incentives influence drug availability, patients suffer in the end.

Even intravenous fluids such as saline, another staple in every emergency department and operating room, has been in short supply in the past 6-8 months, supposedly driven by the high usage rates during flu season according to the manufacturers. But, in reality, this has more to do with fewer saline manufacturers as well as cutbacks in manufacturing.

The responsibility for this current situation should be shared by the pharmaceutical industry and the Federal government. Unfortunately, the bottom line is that this is a intricate and multi level problem that is quite difficult to fix.

While there are sometimes shortages linked to a lack of raw materials or contamination within plants, a larger number of shortages are rooted in economic reasons that discourage manufacturing of the drug.

With Medicare generally willing to pay the selling price plus 6%, and benefit managers negotiating large volume discounts, further decreasing the selling price, there is essentially no financial incentive to produce many generic, injectable drugs.

The core issue is that, until recently, the federal government has not been responsible in its supervision of the pharmaceutical industry to ensure that drugs for emergency conditions continue to be produced in normal quantities.

There has been a partial fix. In 2011, President Obama signed an executive order allowing the FDA to require reasonable advance reporting of potential shortages. This order also included fast tracking of new manufacturing sites, since the process now takes about three years.

Now, if a company anticipates a shortage of, or intends to discontinue production of a particular drug, they are required to notify the FDA six months in advance. But the FDA cannot tell s company what to make or how much.

The executive order has helped somewhat. The FDA has averted some shortages over the past few years. The FDA averted 38 shortages in 2010 and 99 shortages in 2011 when advance notice was provided. But we are still in an emergency situation.

While the FDA mandate has helped, the federal government and pharmaceutical industry need to continue to work together to communicate more effectively and develop a better plan to avoid these dangerous shortages which threaten the lives of our citizens in emergency situations.

Investigation: Scientology-Linked Lawyers Spread Lies About Vaccines and GMOs, Attack Scientists
ACSH, Paul Thacker, and His 'Thacker of Trolls'
Why a Vaccine Can Provide Better Immunity than an Actual Infection
Perchlorate in Drinking Water
Concussion Prevention: Sorting Through the Science to See What's Sound
END_OF_DOCUMENT_TOKEN_TO_BE_REPLACED

Big Fears Little Risks Trailer
Why Do Books Smell? In the Know with 'Dr. Joe'
A Conversation Between ACSH and Great.com
END_OF_DOCUMENT_TOKEN_TO_BE_REPLACED

New Drug Names: A Study in Madness
Why Does Drinking Cause Cancer?
People Worry Hysterically About Low Risk Carcinogens. And Then They Drink
Marijuana and Kids Don't Mix. An Interview with Dr. Roneet Lev
The J-Man Chronicles: In Search of the Elusive Snake Clitoris
END_OF_DOCUMENT_TOKEN_TO_BE_REPLACED